An osteosarcoma patient who had his leg amputated at the Royal Orthopaedic Hospital has shared his story.

Peter Lloyd, from Manchester, was living with his wife Kate and had recently welcomed their first child when he had a fall at work, which was the beginning of his journey at the ROH.

“After the fall, I had an MRI in Royal Oldham and was referred to the Royal Orthopaedic Hospital (ROH) by the consultant there,” said Peter. “He said he’d worked with a fantastic orthopaedic surgeon, who turned out to be Mr Carter.

“I had a biopsy done in August 2007 and that came back as benign fibrous dysplasia.”

Fibrous dysplasia is a non-cancerous bone condition in which tissue develops in place of bone. This irregular tissue can weaken the bone and cause it to break down.

“I was up and down the M6 a lot over the next few years having surgery and trials to see if they could stop the bone degrading. After the trials were considered successful, in December I was told to get fit and go back to work. In January 2009 I joined the gym, started running and went back to work. I ran the Manchester 10k in May 2008 with a time of 1 hour, 1 minute and 18 seconds, and we welcomed our second child in August 2009.”

All seemed to be going well for Peter until an appointment revealed that his femur had been fully eaten away. This meant he would require more surgery.

“I’d been seen by pretty much every surgeon and consultant at the ROH but finally was put under Mr Grimer, who agreed to do a femoral replacement (an alternative to lower limb amputation) to relieve the issue of whatever was happening with my bone. Fortunately this was a success but at the same time, my pathology report came back as a high-grade osteosarcoma.”

Peter began chemotherapy three weeks after his diagnosis and appointments were made for him at The Christie NHS Foundation Trust in Manchester. He finished chemotherapy in January 2012 and returned to the ROH for a full hip replacement. Unfortunately, his pain continued.

“I carried on as best I could for five years but eventually asked for an elective amputation from the hip. I could no longer support myself with the affected leg, I was in pain again and I’d fully lost trust with it. 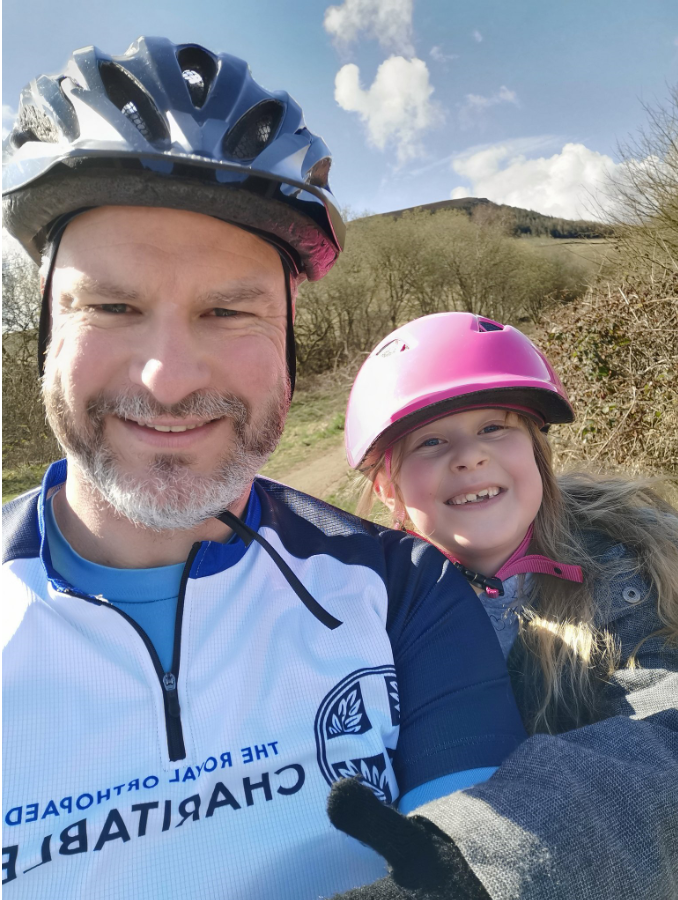 “When I woke from the amputation it was obviously a little strange not having my leg there but there was instant feeling of relief. There was a moment after my surgery that I will never forget where I ended up in a rendition of ‘You’re Welcome’ with one of the nurses on the High Dependency Unit (HDU) as the film ‘Moana’ had not long come out in the cinemas.”

Physiotherapists helped Peter out of bed the next day on the ward and he was discharged a few days later. However, he admits he didn’t anticipate how hard his recovery would be.

“My children were the reason I wanted to have an amputation. I wanted to be able to play and walk holding their hands. No one knew how hard it would be for us all.

“There were some very dark times where frustrations and tempers were at full pelt but we made an agreement that nothing said during treatment was personal as we needed to vent.

“My family are everything to me and are the reason I’m still here. I wanted to be able to provide a good life for them and be able to give them the best of my years too.

“Our eldest was the most affected. We were close at first, but once chemotherapy started and I was away for long periods of time it became really difficult for him. Our bond has never been the same.”

Peter and Kate welcomes their third child in 2014, which he says “completed” their family.

“I cannot fault the care I was given at the ROH. I’m eternally grateful for all of the expertise from everyone at ROH. Without them, I wouldn’t be here. Now I’m discharged, my care is now in the hands of the Specialised Ability Centre in Wythenshawe and they really are amazing.

“My quality of life (since the amputation) has improved massively and I would make the same choice over and over.”

Since sharing his story, Peter has gone on to support our Charity regularly and often helps us share our message to a wider audience via his social media networks. In early 2020 Peter joined various members of his family and ROH team in order to raise funds for our Children & Young People's Appeal. Peter successfully raised over £260 towards the campaign which helped to fund the renovations to the department.

If you would like to share your story or support ROH Charity in any way, please do not hesitate to contact us via 0121 685 4379 or email roh.charitablefunds@nhs.net 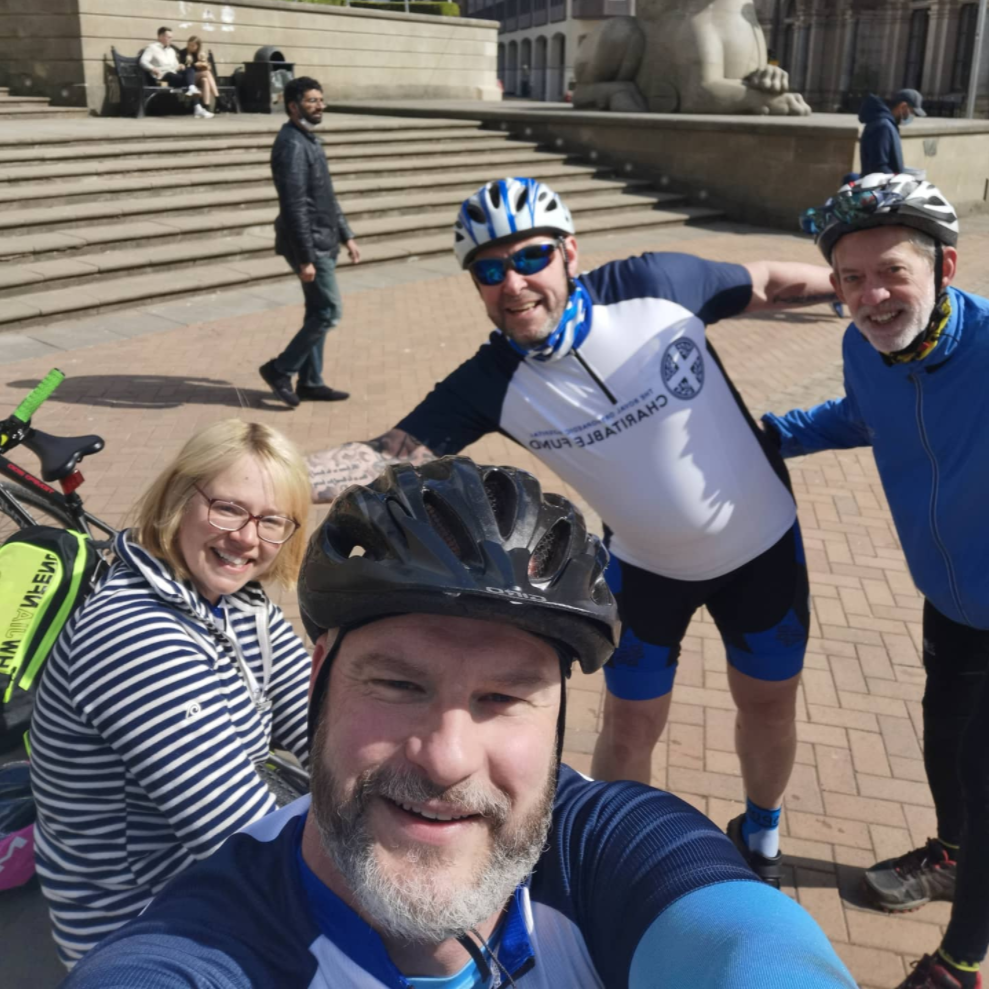 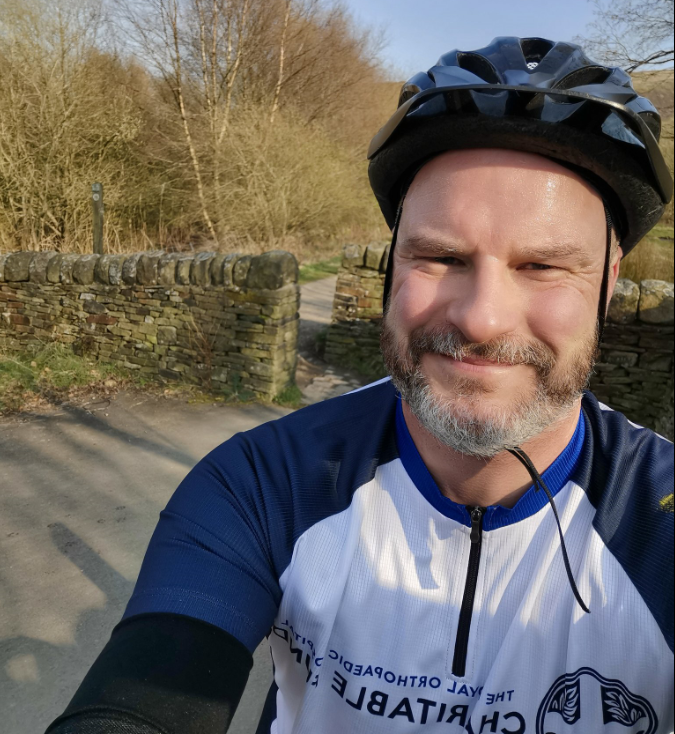 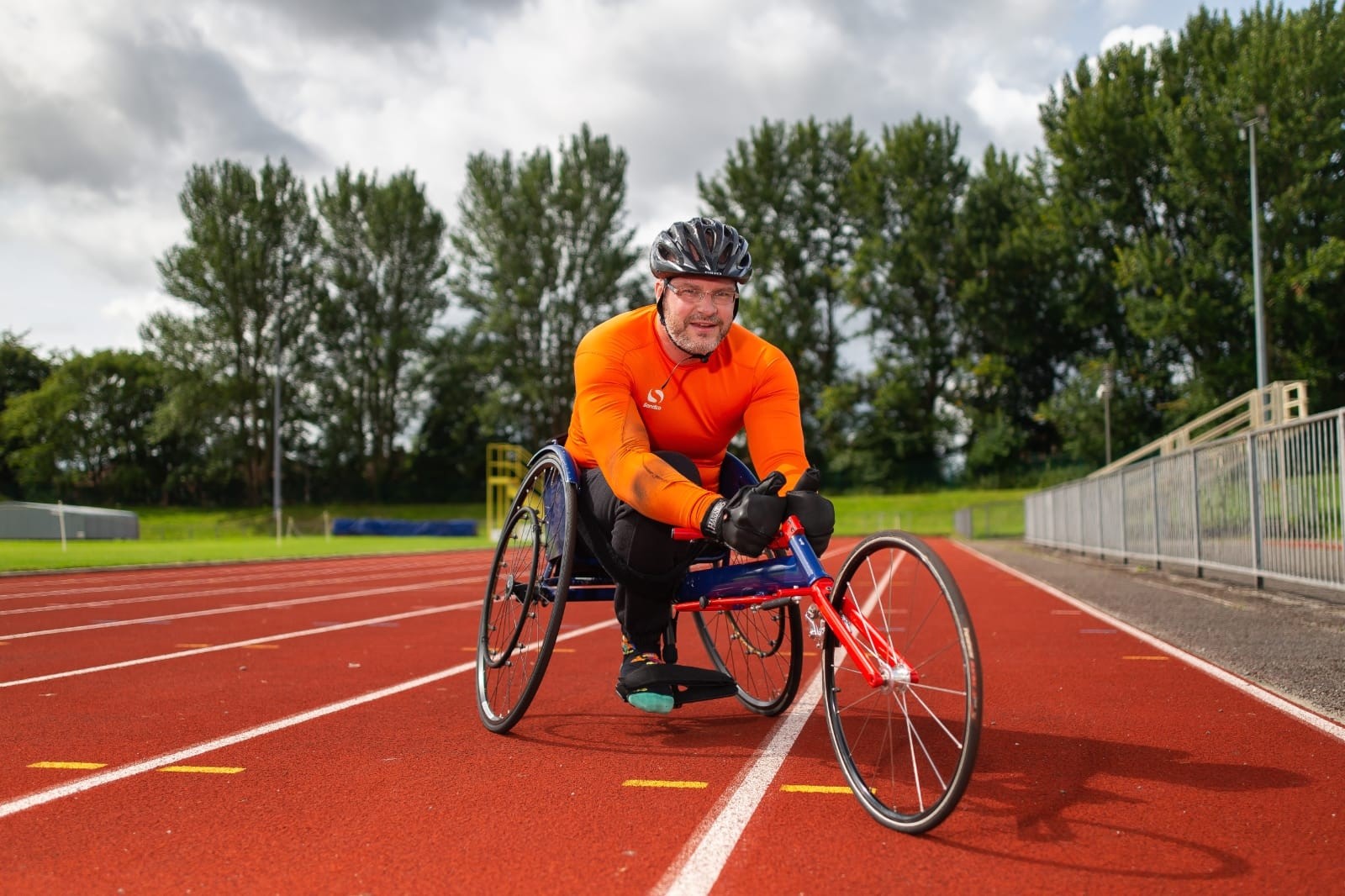