The Royal Orthopaedic Hospital NHS Foundation Trust is one of the largest specialist orthopaedic units in Europe. We offer planned orthopaedic surgery to people locally, nationally and internationally.

"We take pride in delivering exceptional patient care. Our specialist teams include surgeons, nurses, anaesthetists, physiotherapists, radiologists and pathologists; all of whom are highly skilled and experienced professionals. When you choose The Royal Orthopaedic Hospital you’re choosing the very best treatment from an award winning team who will put you at the centre of your care"

Find out more
Our Aims

The main ongoing objectives of the charity are to support the Royal Orthopaedic Hospital by:

View our latest annual report from 2018/19, by clicking here.

The Charity was registered on the “Central Register of Charities” on the 4 November, 1999 under the registration number 1078046. The Trust was formerly known as The Royal Orthopaedic Hospital NHS Trust. The Trust was granted Foundation Trust status on 1 February, 2007. On 16 October, 2007 the Trust executed a Supplemental Deed under which the charity’s name was amended to The Royal Orthopaedic Hospital NHS Foundation Trust Charity.

From the earliest days of the organisation, it received a lot of support from local people. The institution in its early years had a variety of premises. In 1877 it moved to a new hospital in Newhall Street. In 1888, a new wing was added to the Hospital, with the help of a donation from Queen Victoria, who allowed the Institution to call itself the Royal Orthopaedic and Spinal Hospital.

In 1891, the Hospital started to receive medical students from the Birmingham Medical School and there were some technical advances, such as the first use of x rays in 1898. At the same time as the Royal Orthopaedic and Spinal Hospital was developing in Newhall Street, the Birmingham Cripples Union in Hurst Street was looking after children with Polio, Tuberculosis of bones and joints and spinal problems. In 1907, Mr. George Cadbury gave a house and land known as The Woodlands in Northfield to the Crippled Children’s Union. In 1925, the Royal Orthopaedic and Spinal Hospital and the Birmingham Cripples Union amalgamated and King George V approved the title “The Royal Cripples Hospital, Birmingham” being bestowed upon the Hospital. In the 1920’s and 1930’s, the Hospital was able to invest in outpatient facilities at Broad Street, inpatient facilities at the Woodlands and other convalescent facilities.

At this time there were 4 surgeons undertaking regular operating lists, the most famous of which was Mr. Naughton Dunn. Mr. Dunn was taught by the famous orthopaedic surgeon, Sir Robert Jones, and he helped to provide orthopaedic treatment during the first World War. He is famous for developing a method of fusing paralysed feet, which was used all over the world for many years afterwards. The annual reports of the Hospital at this time show interesting snippets of information which predict the concerns that we still have in the 21st century.

In 1932, the Hospital was visited by Sir George Newman, Chief Medical Officer of the Ministry of Health, who described the organisation as “not a government department managed from Whitehall, but a triumphant achievement of the co-operation between voluntary and state action”.

In March 1933, there was reported to be a 50% reduction in the waiting list, and in 1938, there was reported to be a significant reduction in length of stay. The story of the Royal Orthopaedic Hospital in the days of the NHS after 1948 is one of great technical and academic advances, with high standards being set in nursing and physiotherapy. Great importance was placed on the training of nurses and physiotherapists. Among the many individuals who advanced orthopaedic surgery. Francis Allen (spinal deformity surgery), Rodney Sneath (bone tumour surgery) and Derek McMinn (metal on metal hip resurfacing) should be mentioned. 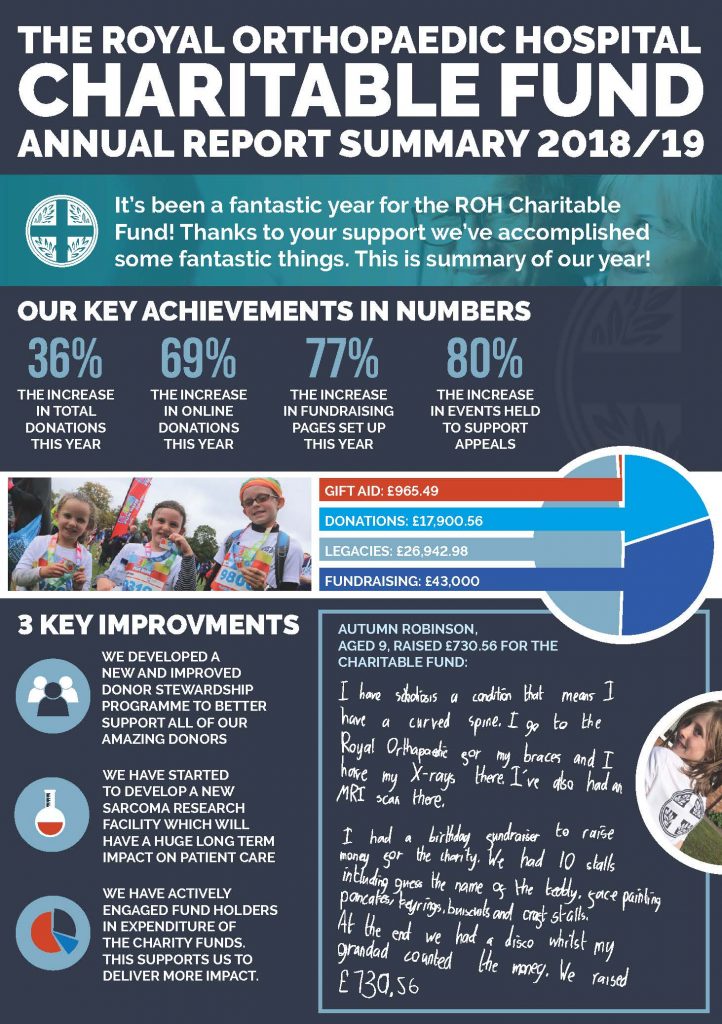 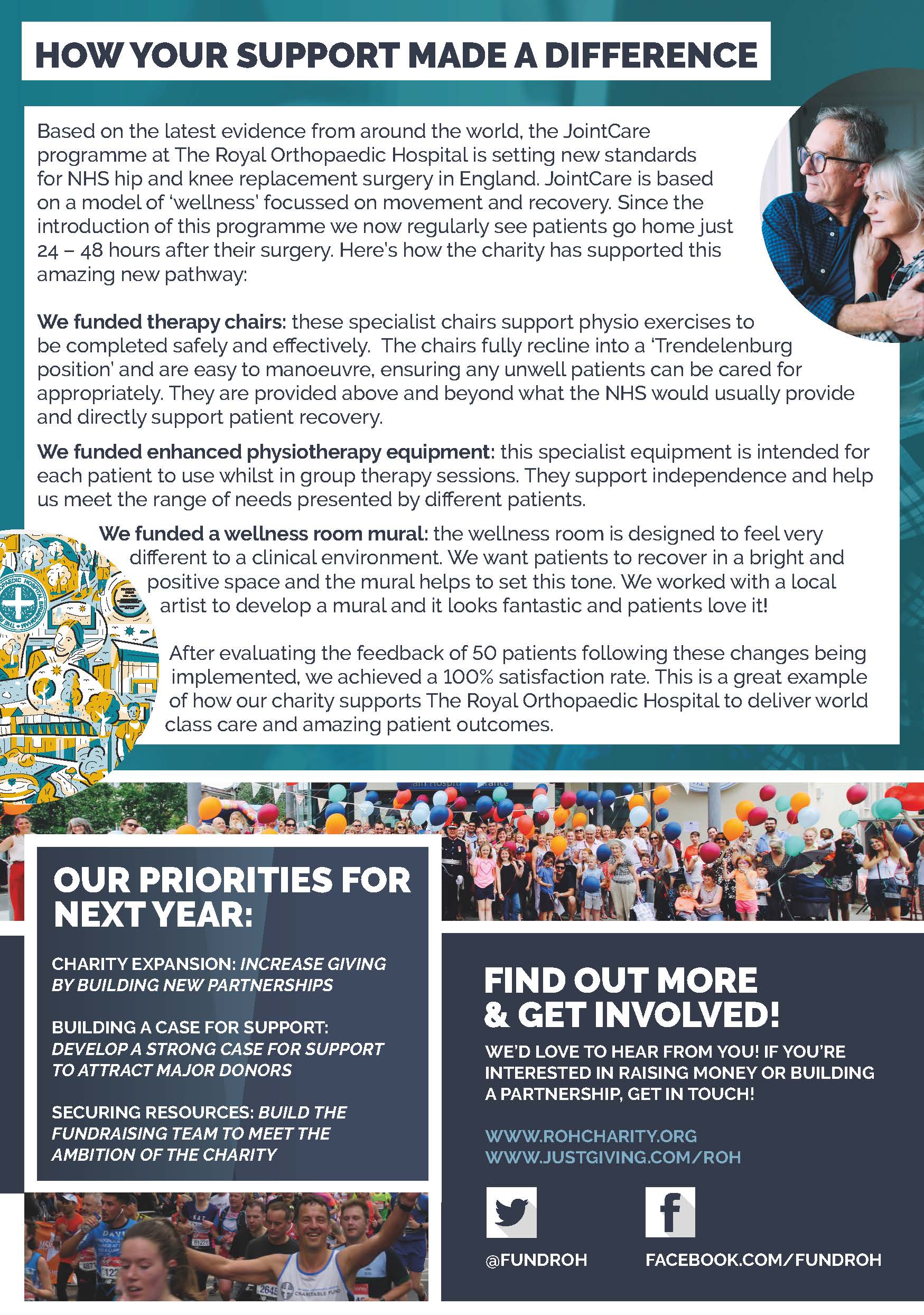